BATON ROUGE, La. – Another black man has lost their life to an officer-involved shooting, leaving the nation with a demand for justice and answers.

Alton Sterling, 37, was shot and killed by two officers of the Baton Rouge Police Department overnight Tuesday. Viral video of the incident has sparked nationwide outrage, adding to a chain of officer-involved deaths of black men and women.

According to reports, Mr. Sterling was confronted by the officers around 12:35 a.m. near a Triple S Food Mart. The incident was recorded by at least two bystanders and later posted online.

One video shows an officer forcing Alton Sterling to the ground claiming Sterling had firearm, appearing to call out “He’s got a gun!” An officer then fires between four and six gunshots as the camera shifts away from the incident.

In a second video obtained by The Daily Beast, Sterling appears to have survived for a time after the shooting, moving an arm as one officer pulls an unknown object from his right pocket.

Sterling passed away from his injuries according to East Baton Rouge Parish coroner William Clark. Official remarks have yet to confirm or deny whether both officers shot Mr. Sterling or if either ever used an electronic stun device.

Like similar incidents before, Sterling’s death has sparked public outrage around the nation. By Wednesday morning, a memorial had been erected near the shooting site following a night of protests from ‘Black Lives Matter’ activists. 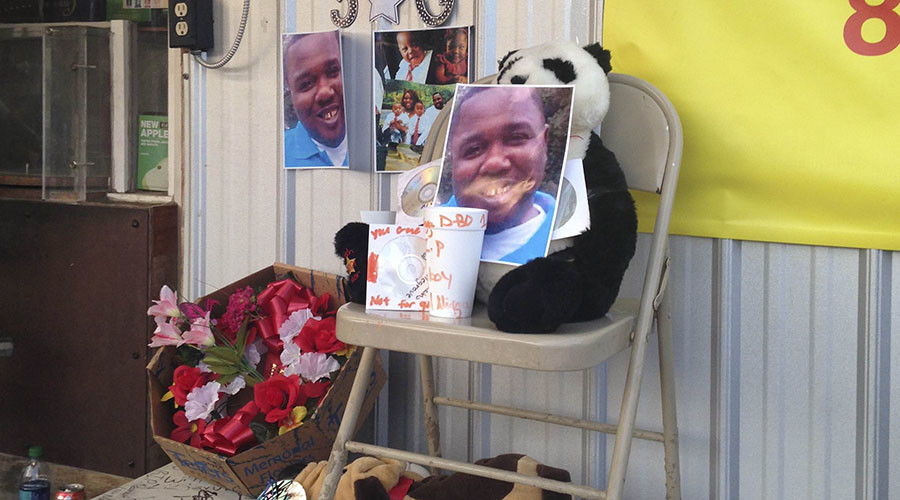 At a Wednesday news conference, Sterling’s family spoke alongside black community members of the region and demanded accountability and justification for the incident.

The Justice Department has launched a civil rights investigation to examine the circumstances surrounding Sterling’s death. Lawyers representing Sterling’s family welcomed the investigation, telling media they’re “confident that it won’t be swept under the rug.”

For activists of groups like the Black Lives Matter movement, the incident harkens to past instances of police brutality toward people of color. Fresh in the minds of many are officer-involved deaths from Freddy Gray’s ‘rough ride’ in Baltimore to Michael Brown’s fatal police encounter in Ferguson.

Tragic and maddeningly unsurprising.#AltonSterling, is the 558th person killed by cops in 2016.https://t.co/WDm8DBM6Oi

Previous post CODEPINK Arrested at the NRA, Says Gun Lobby has Blood on its Hands

About the Author Caleb Vinson