Leelah Alcorn, a transgender teen, committed suicide hoping that her death would mean something. 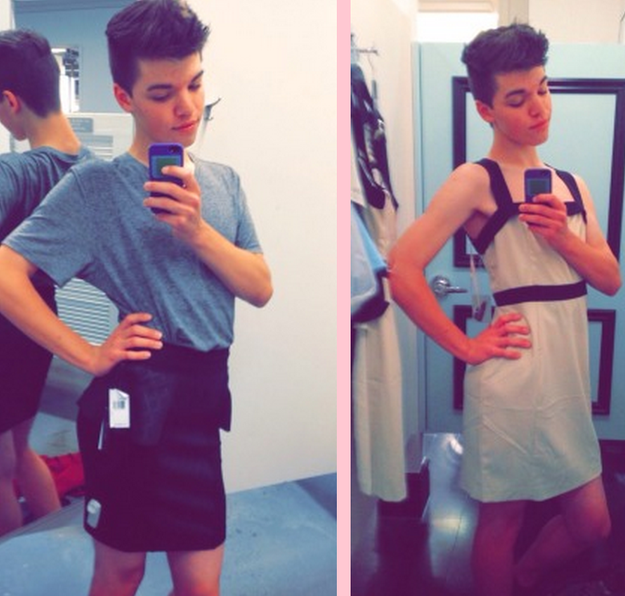 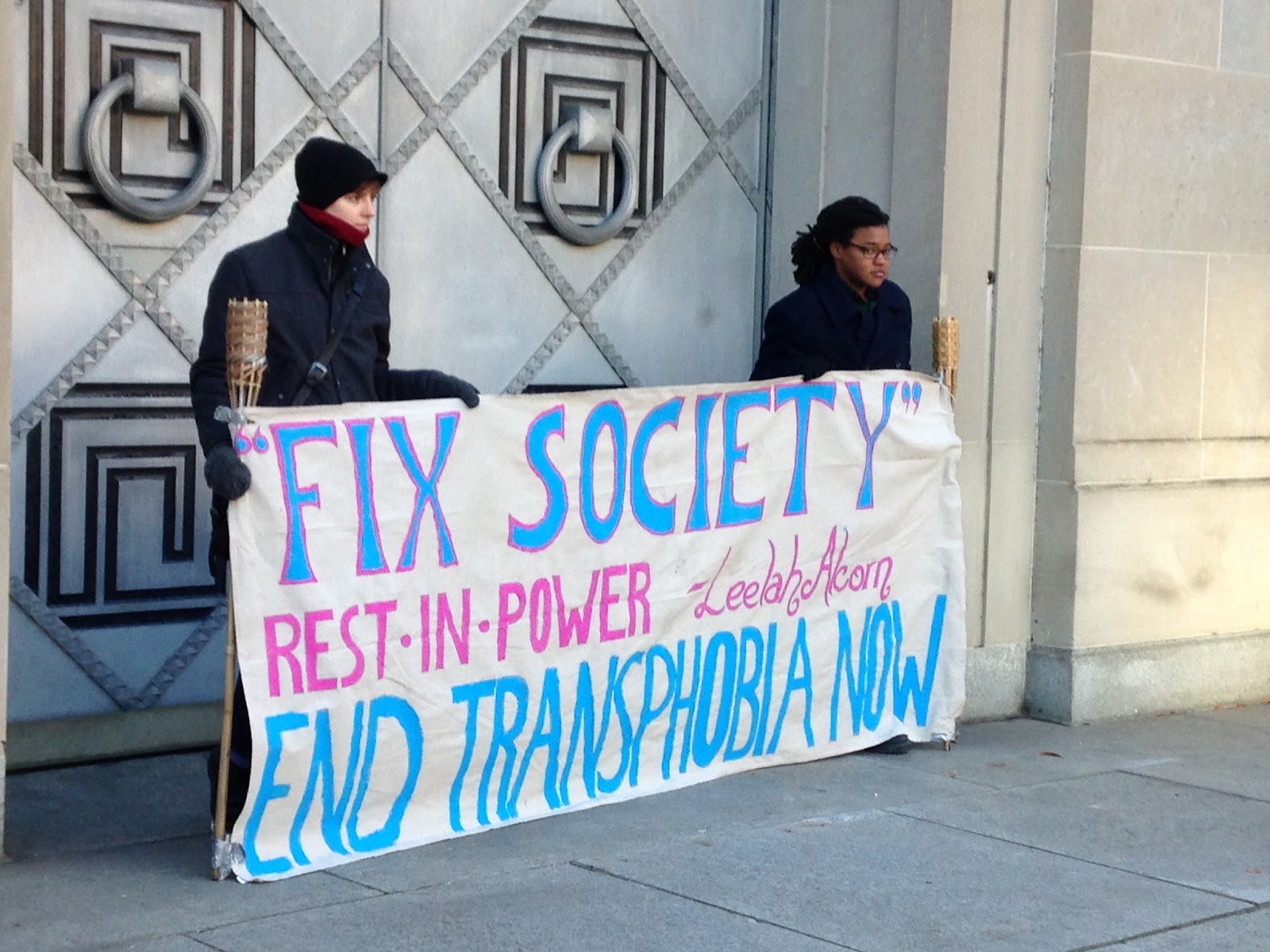 A rally for the transgender teen, who committed suicide on Dec 28th, was held in Washington D.C. on Saturday, Jan 10th.

The protest was orchestrated by a group of trans individuals and advocates who created the rally to raise awareness for health and policy concerns that transgender people face.

Protesters gathered at the “Justice for Leelah Alcorn Rally and March” to hear speakers and show support for the late Alcorn who took her own life, because she felt she received little support from her community.

One of the rally’s organizers, Jes Grobman, is also an organizer for DC Trans Power which focuses on empowering and supporting change within trans communities.

The protest marched from Mt. Vernon Square to the Department of Justice to read a list of demands.

“Oppression manifests in every aspect of our lives, but the way structural oppression  is set up will have you to believe that we need to be fixed. And I’m here to tell you, we don’t need to be fixed there is nothing wrong with us. What is wrong is society’s depraved existence, willful ignorance, complicity, and inactive engagement which refuse trans people humanity and right to life.“ 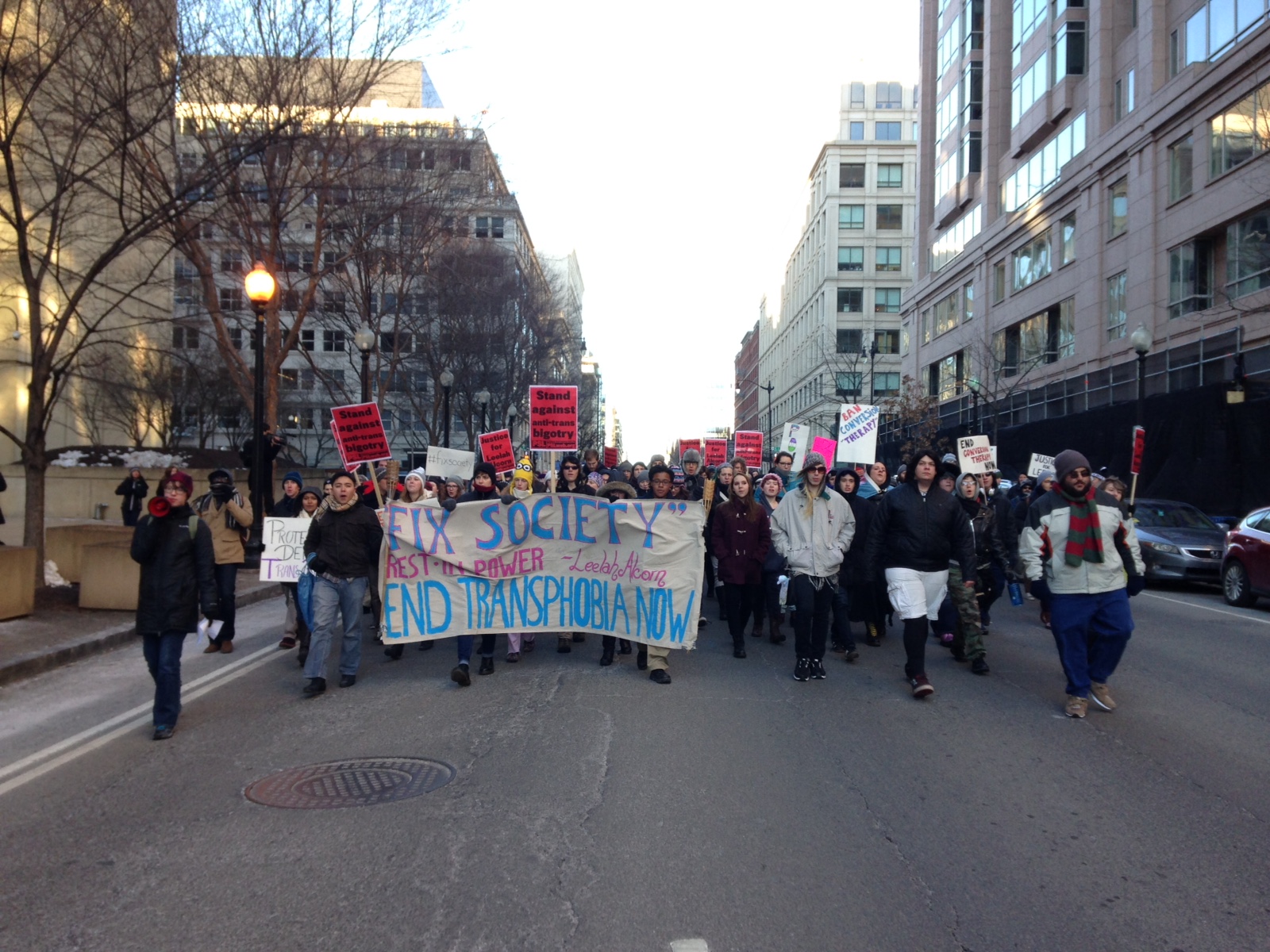 Leelah Alcorn was a transgender girl who walked in front of a truck at 2:30 A.M. on Dec 28th, 2014. She left a suicide note, blaming her parents for her upbringing and depression, and pleading to “fix society.”

“When I was 14, I learned what transgender meant and cried of happiness. After 10 years of confusion I finally understood who I was.” she said in the note, which was scheduled to post on her Tumblr blog after her death.

Alcorn said that she felt like she “was a girl trapped in a boys body,” and apparently had felt that way since she was four years old.

Leelah’s story resonated over social media, as well as in many LGBTQ communities. The hashtag #RestInPower and #LeehlahAlcorn are being used to posthumously support Alcorn.

Much of the protest focused on creating validity and recognition for the rights that trans people are currently fighting for.

As seen on Advocate and LGBTQNation

About the Author News2share Producers

News2share was founded by Ford Fischer and Trey Yingst. Yingst currently works at Fox News, while Ford Fischer has remained as Editor-in-Chief of News2Share, which hires freelance journalists regularly to fulfill assignments, answering to Ford. Find News2Share on Twitter @n2sreports. You can contact Ford at fordfischer@news2share.com
Twitter